Two years ago, during the Venice Biennial 2017, a pair of gigantic children’s hands rising above the water attracted attention. For this year’s Biennial, the same artist created a piece of six arms reaching out to each other over a Venice canal. Miriam Bers spoke to Lorenzo Quinn about his work.

Miriam Bers:
Lorenzo, during our visit of this year’s Venice Biennial we saw your amazing sculpture Building Bridges – six pieces of reaching arms clasping hands over a Venice waterway. How did you get the idea and what does the work mean?

Lorenzo Quinn:
This sculpture shares similarities to my previous work called Support. I created Support to raise awareness towards climate change. I wanted to highlight the rising level of the oceans due to limate warming as well as the need to safeguard our cities, our coastlines and all the beauty created by human beings. I’m inspired by the fact that humans have been able to generate unimaginable feeds in the past and hopefully we will be able to unite and to do so in the future. Right now, the issue ahead is to protect our world and to fight against climate change.
Therefore, we need people and we need to build bridges so people can come together all over the world and work towards a united front. This is the reason why I built Building Bridges.

MB:
For Support during the last Venice Biennial you installed two huge hands emerging from a canal resting against the Ca’ Sagredo Hotel. It seems hands run like a red thread through your work. What is their significance, why hands?

LQ:
Because I believe that an image is worth a thousands words and I believe that hands are immediately recognizable and people can see themselves reflected in the art. So, specifically when I am making a sculpture that has to be understood on a universal level I usually depict hands. 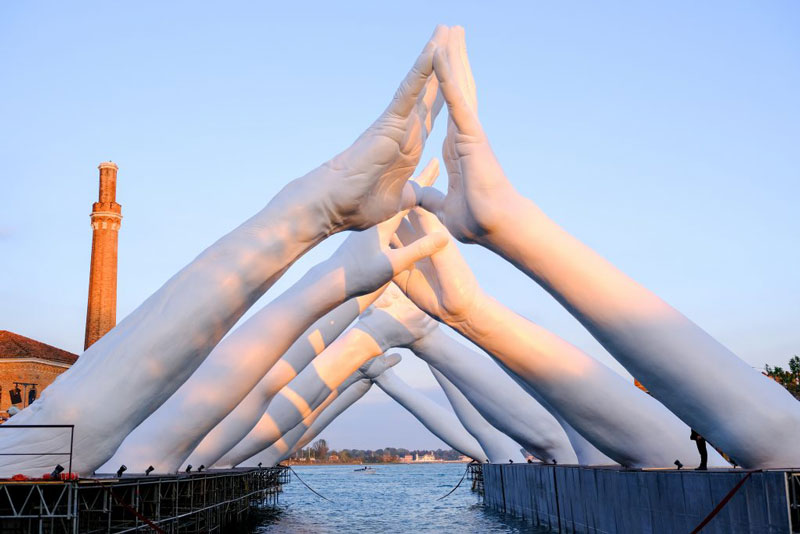 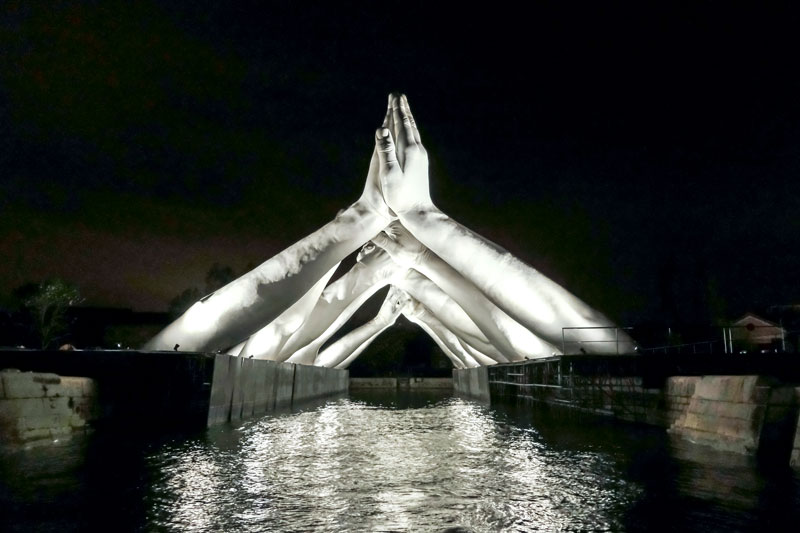 MB:
You grew up in an extremely creative climate, in an artists’ family: You are the son of the actor Anthony Quinn and the designer Iolanda Addolori. Did you want to be an artist at early age – how did your parents influence you?

LQ:
I guess if your father owns a restaurant then you eventually will be working there. So my father was an actor and he was very creative. I guess of course I grew up in that atmosphere but I always knew that I wanted to do something that didn’t really feel like a job but also a hobby. My entire life I have been a creative person, I was always drawing and painting a lot and I’m so happy that my hobby became my job, my life job.

MB:
Tell me something about your work process. Do you have a ‘Factory’- how many assistants are helping you?

LQ:
I don’t like to call it ‘factory’ – it is a foundry because a factory is something more mechanical and there is really nothing mechanical about what we do. Each work is individually handcrafted and there are no two pieces alike. The pieces are modeled and then they are molded and cast. And in fact one of the things that I love about my job is that it is a secular job – it is a craft that has changed relatively little throughout the centuries. This is one of the reasons why I am attracted to it because it is very hands-on. We are 60 people working in the foundry and another seven people in my studio including offices and workshops. 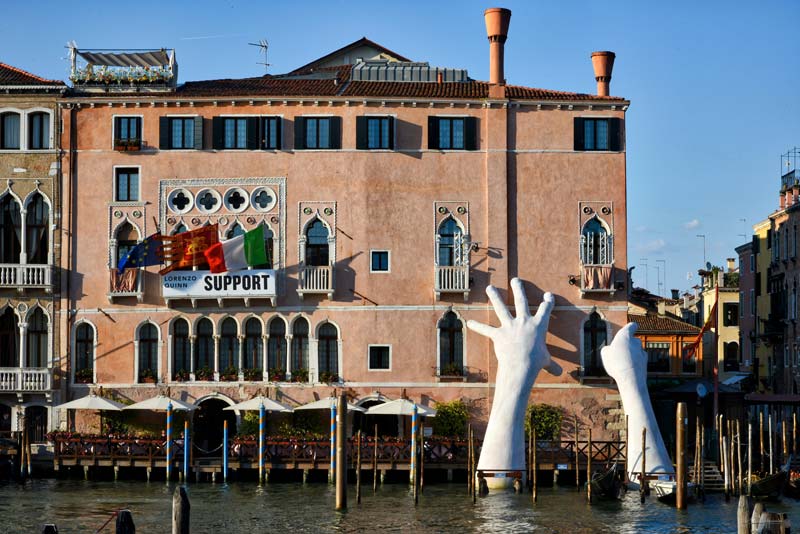 MB:
What does nature mean to you?

MB:
Love, peace, balance, harmony – what has led you to these spiritual topics? Religion?

LQ:
Well, I do believe in god, but I don’t necessarily believe in the church. I believe in a power and this might be nature itself, energy, an energy source. I was brought up as a catholic but I am not a practicing catholic today. 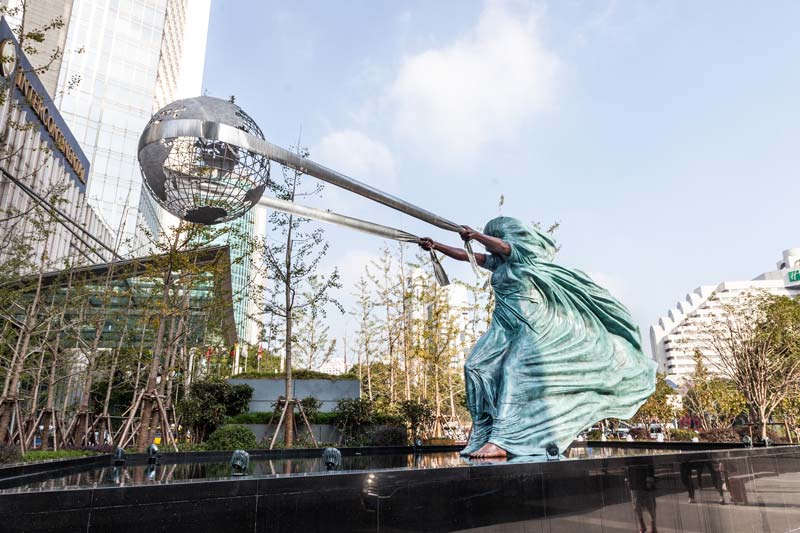